After nearly 20 years, more than 2,300 U.S. troops dead, more than 20,000 wounded, hundreds of thousands of Afghans maimed or killed and $2 trillion spent, President Joe Biden has decided the United States has seen enough of the war in Afghanistan.

U.S. officials say Biden intends to formally announce on Wednesday that all American and allied forces plan to withdraw from Afghanistan by September 11, the fateful date which led to the American invasion almost two decades ago. Biden’s decision, a result of nearly three months of White House analysis, pushes back the previously announced May 1 deadline that was negotiated between the Trump Administration and the Taliban.

The move effectively ends America’s involvement in its longest war in history, but leaves Afghanistan teetering on a knife-edge. The government suffers from complacency and corruption. The Afghan security forces that will be left to defend the nation, which the U.S. has been funding and training for years, are beleaguered by limited capabilities and scant resources. Civilian casualties have been on the rise as the Taliban has ramped up its bloody campaign across the country.

Still, Biden plans to pull out without preconditions, which leaves the allied government in Kabul to fend for itself militarily against the Taliban. The militant group controls more territory in the country now than at any time since the U.S. toppled the group from power in 2001. “The President has judged that a conditions-based approach, which has been the approach of the past two decades, is a recipe for staying in Afghanistan forever,” a senior Administration official told reporters Tuesday, speaking on condition of anonymity.

It will mark an anticlimactic end to a chronically mismanaged war that has plodded along without a large portion of the American population even noticing. Critics of Biden’s plan fear that the withdrawal of international forces could prove disastrous for Afghans who collaborated closely with the U.S. for decades—and for half the country’s population, Afghan women, who were systematically victimized under the Taliban. They also worry that the central goal of the 2001 U.S. invasion — to root out and dismantle al-Qaeda — could be undermined as the Taliban has allowed remaining operatives of the militant group to continue to plot inside the country.

Lisa Curtis, the Trump White House’s Senior Director for South and Central Asia, now with the Center for a New American Security, says the decision to withdraw is likely to result in disaster. “Everyone wants to believe the Taliban has changed, but it is wishful thinking,” she says. “I can almost hear the eruptions of joy from al-Qaeda from my home in Herndon, Va.”

David Sedney, a top Pentagon official under Obama who is now at the Center for Strategic and International Studies, calls the decision “strategically stupid, a humanitarian disaster and morally reprehensible.”

Afghan President Ashraf Ghani and Biden were scheduled to speak on the matter on Wednesday prior to Biden’s official announcement, a senior Afghan security official tells TIME, but the news leaked ahead of time. Ghani found out about the decision in a phone call from Secretary of State Antony Blinken shortly before it was first reported by the Washington Post, according to the official.

A second senior Afghan official tells TIME that the decision not to abide by a “conditions-based withdrawal” of U.S. troops, as agreed to by Trump Administration, is an unwelcome shock that has left the Ghani Administration scrambling to respond, as they hadn’t been briefed on Biden’s intentions in any detail. Among the biggest frustrations was that the U.S. was taking a bargaining chip off the table—leverage of U.S. troop presence—in its ongoing negotiations to strike a peace deal with the Taliban.

Today, I spoke with Secretary @ABlinken. We discussed the ongoing peace process, the upcoming peace talks in Turkey, and also spoke about the upcoming phone call with President @JoeBiden.

The Taliban’s stepped-up violence against the Afghan government in recent months has stalled peace talks between the militants and the Afghan government. The remaining U.S. forces in the country have been focused more on counterterrorism, and less on providing direct advising, logistics and air support to Afghan national forces, which are taking a beating from the rising Taliban violence. An average of eight Afghans were killed and 15 were injured every day in 2020 due to ongoing fighting, according to United Nations data, which surged following the start of peace negotiations in September. Analysts fear with zero U.S. troops on the ground in the coming months, those numbers could spike further.

Officially, there are now 2,500 U.S. troops stationed in Afghanistan, along with more than 7,000 mostly NATO forces, which have fought at the U.S.’s side since the war began. Over the next five months, the military will tackle the massive logistical challenge of pulling out all troops, equipment and heavy weapons from a country it has occupied for a generation, and could even see them depart well before September 11, the senior Administration official told reporters.

When the U.S. and its allies went to war in Afghanistan in 2001 with the aim of removing the safe haven that the Taliban had provided for al-Qaeda, it was widely hoped that the women of the country would be liberated from a regime that denied them education and jobs, forced them indoors and violently punished them for infractions of a strict interpretation of Islamic law. Under the Taliban, who ruled Afghanistan from 1996 to 2001, women accused of adultery were stoned to death; those who flashed a bare ankle from under the shroud of a burqa were whipped.

These days, the streets of Kabul often echo with the laughter of girls on their way to school, dressed in uniforms of black coats and white headscarves. Women have rejoined the workforce and can sign up for the police and the army. Afghanistan’s constitution promotes gender equality and provides for girls’ education. But there has also been a surge in targeted attacks by unknown assailants against high-profile women judges, journalists and activists.

The Taliban have said they would support women’s rights upon returning to power, allowing them to be educated and to work outside the home. But that hasn’t been the practice in some parts of Afghanistan that are already under their sway. The group is expected to advocate a version of an Afghan state in line with their own conservative views, particularly on the issue of women’s rights, which they deem a Western concept that contravenes Islamic teaching.

While the White House maintains it will work diplomatically to ensure women’s rights are upheld in Afghanistan, even fellow Democrats have found the Biden Administration’s rhetoric to be hollow. Sen. Jeanne Shaheen of New Hampshire, a senior Democrat on the Foreign Relations Committee, says she’s “disappointed” in Biden’s decision. “The U.S. has sacrificed too much to bring stability to Afghanistan to leave without verifiable assurances of a secure future,” Shaheen says. “It undermines our commitment to the Afghan people, particularly Afghan women.” 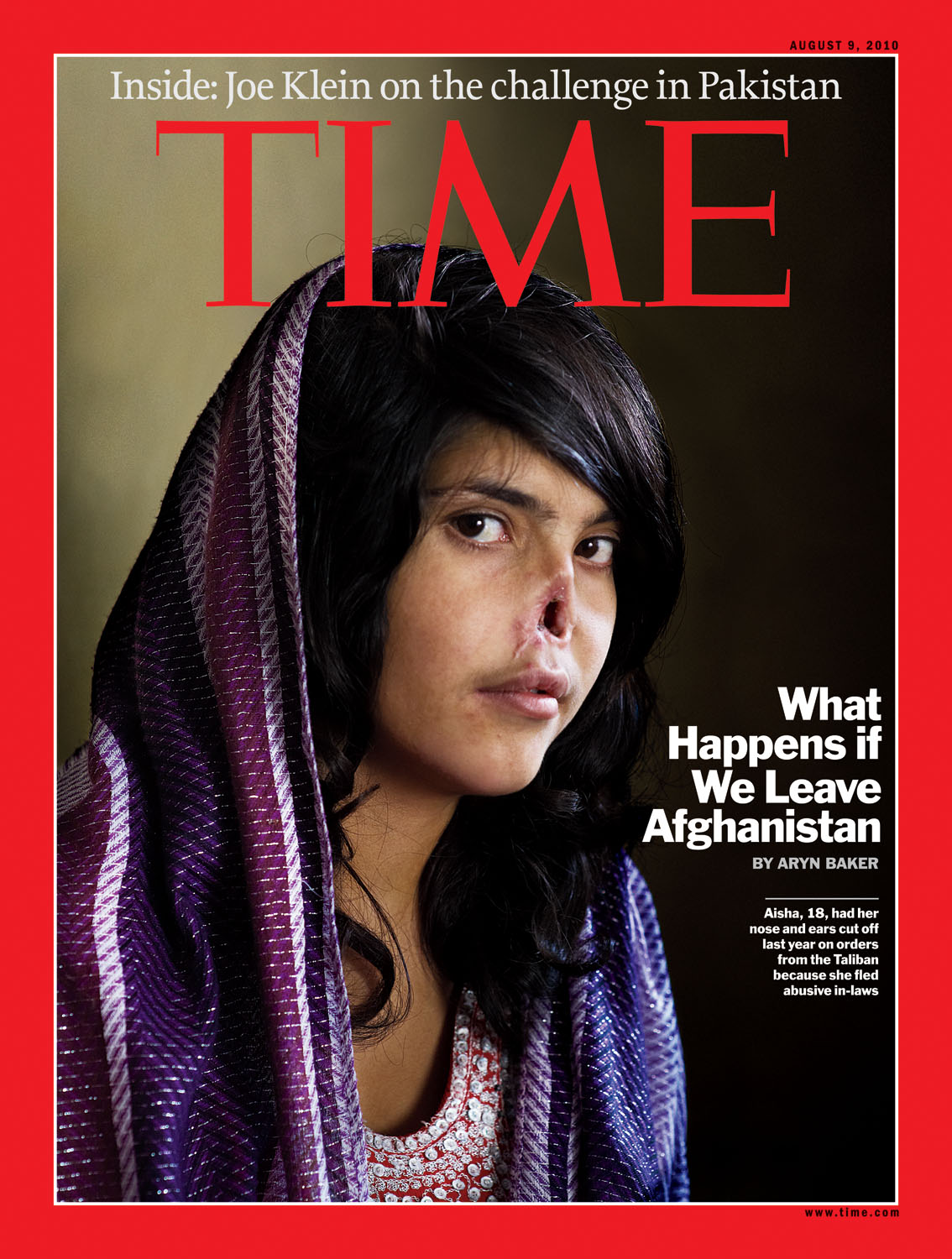 Longtime Taliban watchers also doubt the group will follow through with a pledge made as part of the stalled peace talks to break with al-Qaeda. The militant groups are now literally family, with many members having married into Afghan tribes in the decades of fighting U.S. troops after 9/11. U.S. counter-terrorism forces continue to target a wide array of Islamist extremist groups operating in the region.

Trump always intended to pull out all forces, but had been urged by his top Pentagon and intelligence officials to maintain a continuing counterterrorism presence. “We told him if you pull out now, when the terrorists bomb the Mall of America, it will be on you,” says one former Trump official. Military officials took comfort in the phrase “conditional withdrawal” in the Trump peace deal with the Taliban, which gave the U.S. the right to determine whether the Taliban had lived up to its end of the deal before withdrawing.

As a candidate, Biden had indicated he wanted to keep a few thousand counterterrorism forces, which launch special operations raids and drone strikes against terror cells, inside Afghanistan. However, they, too, will be part of the withdrawal. “We will reposition our counterterrorism capabilities, retaining significant assets in the region, to counter the potential reemergence of a terrorist threat to the homeland from Afghanistan,” the senior Administration official said.

That targeted-killing program, which is run by the CIA and the U.S. military’s secretive Joint Special Operations Command, will likely be run outside of the country just as it is in other nations such as Yemen, Pakistan, Libya and Somalia. But Bruce Riedel, a former CIA officer who conducted the first Afghan policy review for the Obama Administration, says he believes U.S. counterterrorism forces need to be closer to maintain persistent surveillance on al-Qaeda and ISIS forces in Afghanistan and in Pakistan. “They can’t operate from the Gulf. They need a base close to the target area,” Riedel says of the drone crews. And that means they also need U.S. military forces to protect them. The Biden Administration says it will only keep enough troops on the ground to guard American diplomats and the U.S. embassy in Kabul.

For many of the hundreds of thousands of Americans who served in combat, were maimed in combat, or lost a loved one in combat, the end of America’s longest war is welcome. Daniel Davis, a senior fellow at left-leaning Defense Priorities think-tank and a retired Army lieutenant with two tours in Afghanistan, says the “withdrawal is a logical, realistic acknowledgment that the U.S. has achieved all it can in this 20-year war,” he said in a statement.

By ending the U.S. military role in Afghanistan, he says, the Biden Administration is simply accepting the reality that perpetual war doesn’t assure protected security interests.

—With reporting by Aryn Baker

Get Social with us:

I am a father and husband. I live and work in Central Illinois. I enjoy writing about my life, raising my family and examining the world around me. View all posts by Zack